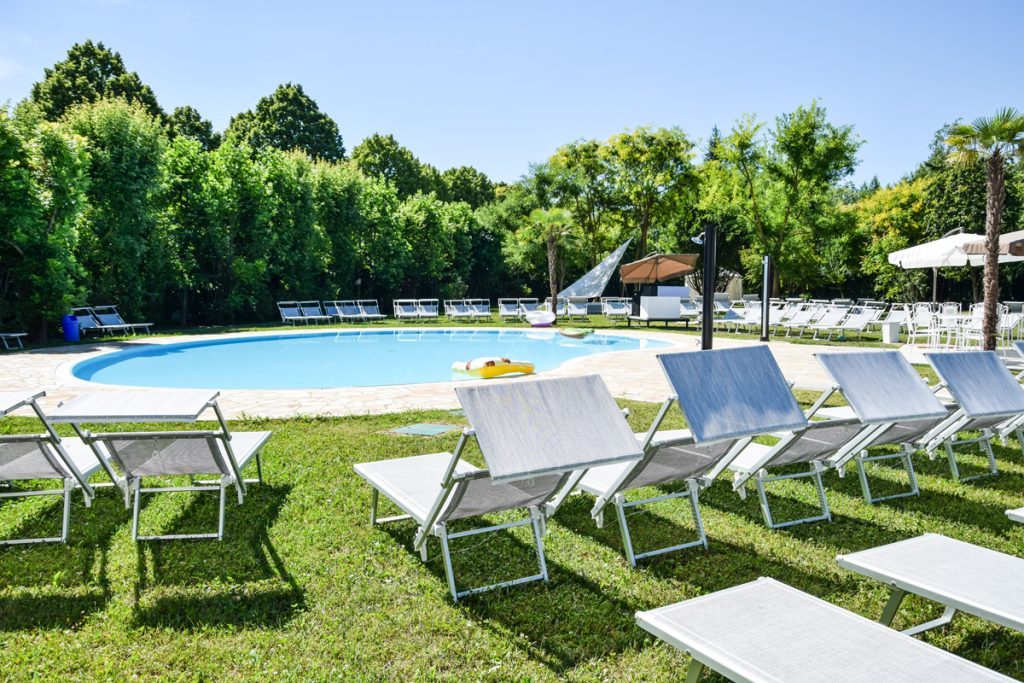 Lake Garda is a well-known spring and summer destination in northern Italy blessed by fantastic weather and a most gorgeous scenery. Every year local and foreign travellers flock towards its balmy shores studded with lemon orchards, olive trees, beautiful mansions and, of course, sailing boats. A great atmosphere amidst this pure Italian bliss make for a sparkling bon viveur scene.

Throw in the mix some nudity, a lush garden with cabanas and a refreshing pool, you will surely end up with an exciting option for your hot summer afternoon.

Curious about discovering new places in the area, we ended up spending a very interesting Saturday afternoon in the Istinto Club, a new player in the swinger club scene around north-east of Italy, located along what we jokingly call the “Italian fuck-belt”. The club — formerly known as Gotha but recently renovated and enlarged — is located in Manerba del Garda, on the west shore of the lake, close to the famous villages of Desenzano, Sirmione and Peschiera. Not far from here lies the naturist stronghold of Rocca di Manerba — an idyllic wild portion of the coast hiding a rocky bay beloved by nudists since very long time. Verona is also less than an hour away, which adds even more activity options if you plan a long weekend in the area.

As we didn’t have the entire weekend we decided to pass on the sightseeing part and went straight to the Istinto Club for a relaxed and playful afternoon. We arrived around noon, just as the club opened its doors for the day.

We were welcomed by a kind receptionist who gave us a little tour of the venue. The price for couples seemed fair, with 50 eur for the whole afternoon or 40 eur for the evening, and 60 eur if you plan to stay all day from 10:30 to late in the night (the closing time is set at 4am). The price included one drink per person. Bear in mind that you need to add the cost for the membership card when you visit the club for the first time — a mandatory procedure for every Italian club. Single guys are charged significantly more: 130 eur plus the cost of the card. This probably explains the vast majority of couples over single men. We proceeded to the locker room which seemed freshly renovated, equipped with new lockers and new showers, although some details, such as absence of shower gel or shampoo, suggested that the club was still work in progress. We found this interesting to compare with German clubs we visited, whose bathrooms typically feature nothing less than an entire selection of any possible toiletry products you can imagine, even in multiple flavours and brands.

After checking out the playrooms and the obviously still empty dance floor, we went to the garden. The playroom area triggered a momentary déjà vu — it was a typically Italian maze with black wooden separation walls and very dimmed red lights. Some “details” were missing here as well: dispensers with hand sanitizers (although this should not replace washing hands with a soap!), napkins and — condoms! To be sure, there were plenty of condoms elsewhere in the club (like at the reception desk), but none in the playrooms. But — they seemed clean and tidy from what we could tell and the club overall gave an impression of one well-taken care of. The garden was quite a refreshment! Stretching over a rather large area, with the pool at its centre, surrounded by numerous sunbeds and cabanas and adjoining a small terrace-like area with tables and a bar.

In fact, the garden was almost like a small park and we thought that was quite something! The day was hot and the pool could not be more inviting so we immediately jumped in!

The crowd was pretty similar to that we normally come across in other Italian clubs: mostly couples in their 40ies and 50ies, with a few exceptions in their 30ies. Although the visitors were mostly Italian, there were some foreigners too, making it for a nice cultural and linguistic mix. Some of the younger couples were on a date with each other — as far as we gathered from their conversation (yes, eavesdropping is what we also like doing when visiting clubs :)). This club is definitely a great choice if you want to meet some of your “couple matches” in a relaxing environment without the pressure of a playrooms-only swinger club, where maybe more action on both sides is sort of expected.

What we liked about the atmosphere was that people seemed genuinely at ease and friendly, and the club’s outdoor setup played an important part in this.

After sampling some prosciutto crudo and mozzarella caprese from their buffet (we have to admit it’s hand down the best we have seen in Italian clubs so far, and this was only the afternoon buffet), we went for a walk in the park, enjoying an entire cabana for ourselves. Each cabana had a couple of big clean bed sheets, wide enough to cover the super king size mattress. We have not seen any shelf with a stack of new bed sheets (like in some other clubs) but there is probably some attentive staff replacing them from the bed once they have been used. Since we had a plane to catch, we could not stay for the evening to assess the garden dinner and the dancing part — but we will be back! During “Ferragosto” (the Italian big summer holiday) Istinto will have a midsummer 3-day party marathon and we might drop by once again. Stay tuned!

UPDATE: Read the second part of the review.

Cap d’Agde is one of those places everyone knows about but few have actually been to.